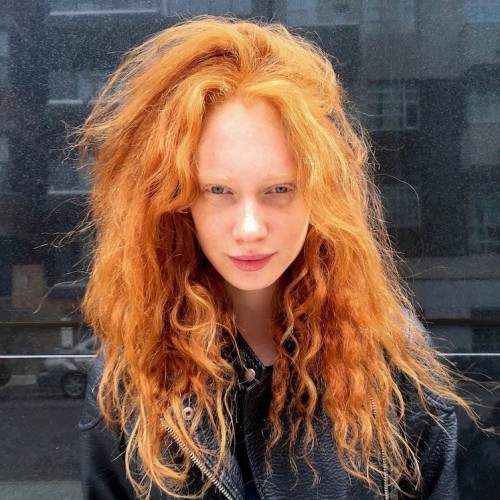 I grew up in a small town and was the only redhead in the whole school. With my hair color, my white eyelashes and my eyebrows, I was always the other one, the outsider, for my classmates, for everyone except my family. At some point I posted the first picture of me on Instagram, an agent in Paris saw me and a few weeks later I moved to New York and became a model. I began to seek explanations for my appearance in art history books and ancient French fairy tales.
In fifty years, there will be no more redheads. We are dying out. Maybe that's why so many men want to make the real redhead experience.