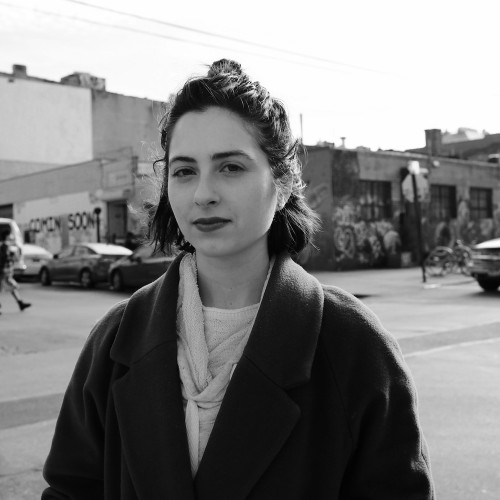 How was your last year?
My past year was like every year of my twenties. Exhausting. Exciting at times – a relentless emotional seesaw.

Fun fact about your life?
I’ve always been weirdly lucky if that counts as a fun fact? Growing up, my parents used to enter my name in sweepstakes and I would often win. This past year I randomly won a free flight & a free haircut from a salon in SOHO.

What do you like about your body – in 2018?
I like how lean I am right now- that my upper arms are toned, and my stomach is flat and tight. I know that that is not on trend to say but it is what it is. I also know that in a few months I’ll probably gain some weight back and my face will be a little more cheeky and I’ll have bigger breasts again and I’ll like that too.

Why do people plan New Year resolutions?
I think people plan new year resolutions because they want to better themselves for one reason or another. Humans inherently want to improve. We want to rely on the hope that situations have the potential to be better than they were or are now. I think a most of the time resolutions don’t work because the hope exists but the determination to follow through is misplaced. People don’t want to put the work in.

Worst thing about last year?
I learned that someone I cared about was lying to me. I have a bad habit of loving the idea someone instead of the person as they are. The dissolution of the friendship opened up a bigger internal conversation (that I probably should have had with myself a long time ago) regarding realities and expectations.

What or who do you miss on a daily basis?
I miss my Nona daily. This past year was the first year without her so navigating birthdays and holidays was particularly hard. We sold her house so now there’s no physical place to visit in order to remember her. The grief comes in waves. I keep a candle next to my bed that I light when I think of her. She used to light candles at her church for anyone who needed one. Often for me. Sometimes I light it and talk to her. Sometimes I wake up in the middle of the night and forget that she’s gone.